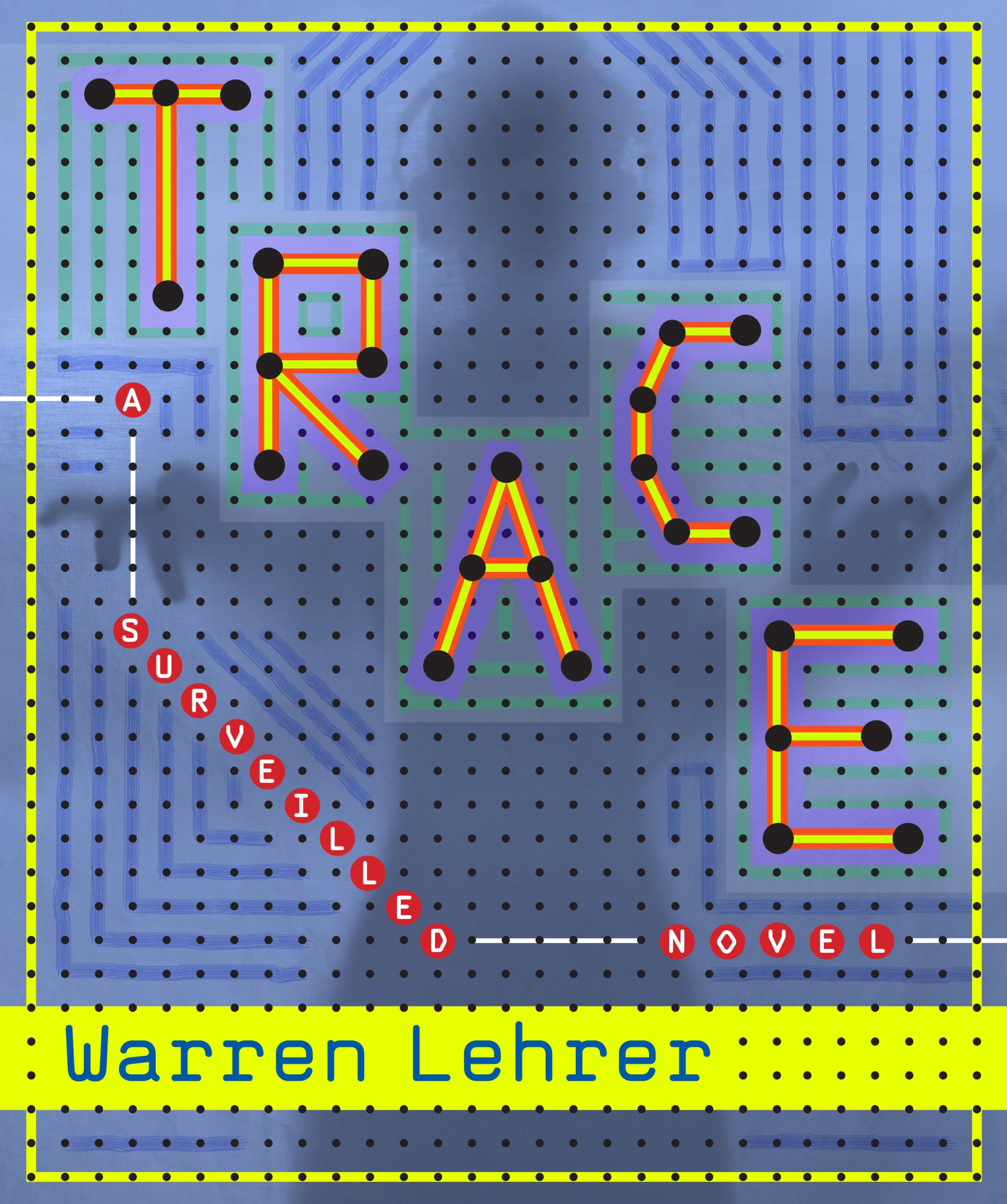 TRACE: A Surveilled Novel presents itself as a document dump and is premised on the idea that nearly everything you are reading between its covers is known by virtue of surveillance technology: phone and email intercepts, social media posts, police reports, medical records, personnel files, surveillance camera footage, DNA records, online interactions of any kind, and many other sources.

The narrator/compiler is Sandra Silverberg-Gianopoulos, code name Dada Miner, an “information analyst” working for an NSA subcontractor. Sandy heads a top-secret unit whose job is to surveil random subjects who are seemingly of no interest whatsoever, to see if by chance any of these unknown unknowns could possibly be national security threats. Sandy is an empathic, curious, even ethical snoop, but—during the course of tracing a subject—she accidentally discovers a secret related to her own family and loses sight of the mission and the all-too-porous boundaries that shape it. Sandy’s crossing of lines leads her to meet family members she didn’t know she had and become involved with a group of climate change activists. She reassesses the dangers that most threaten her country and the world, takes stock of her complicity in the larger systems of surveillance, and decides to go public with the documents that make up TRACE.

TRACE is divided into four folders, 40 files that read like short stories, scenes, and character vignettes. It is a genre-bending literary novel that is at once a cautionary reflection of the hyper-sharing, hyper-monitored moment we’re living in and a timeless exploration of complex, flawed, prismatic characters.. 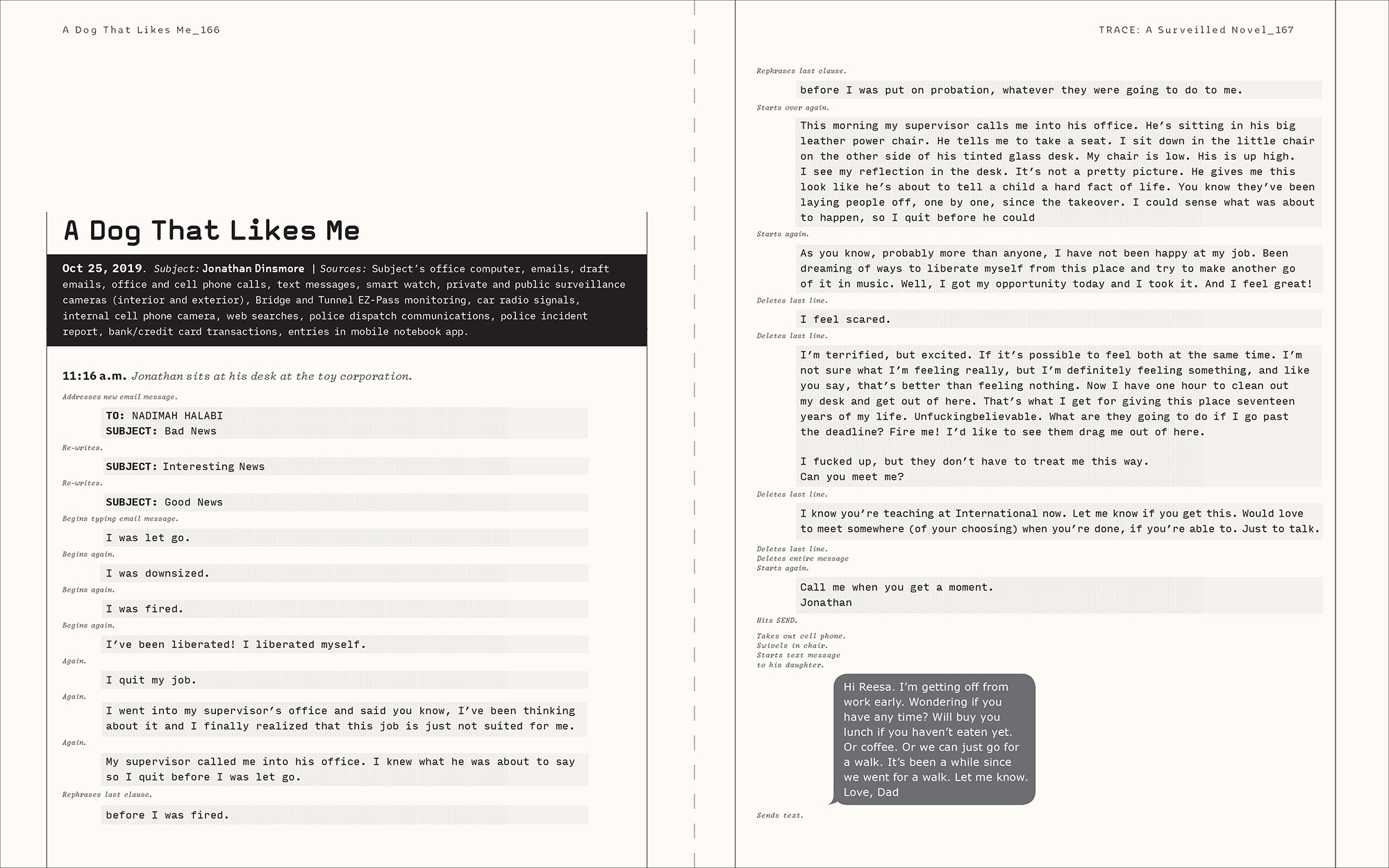 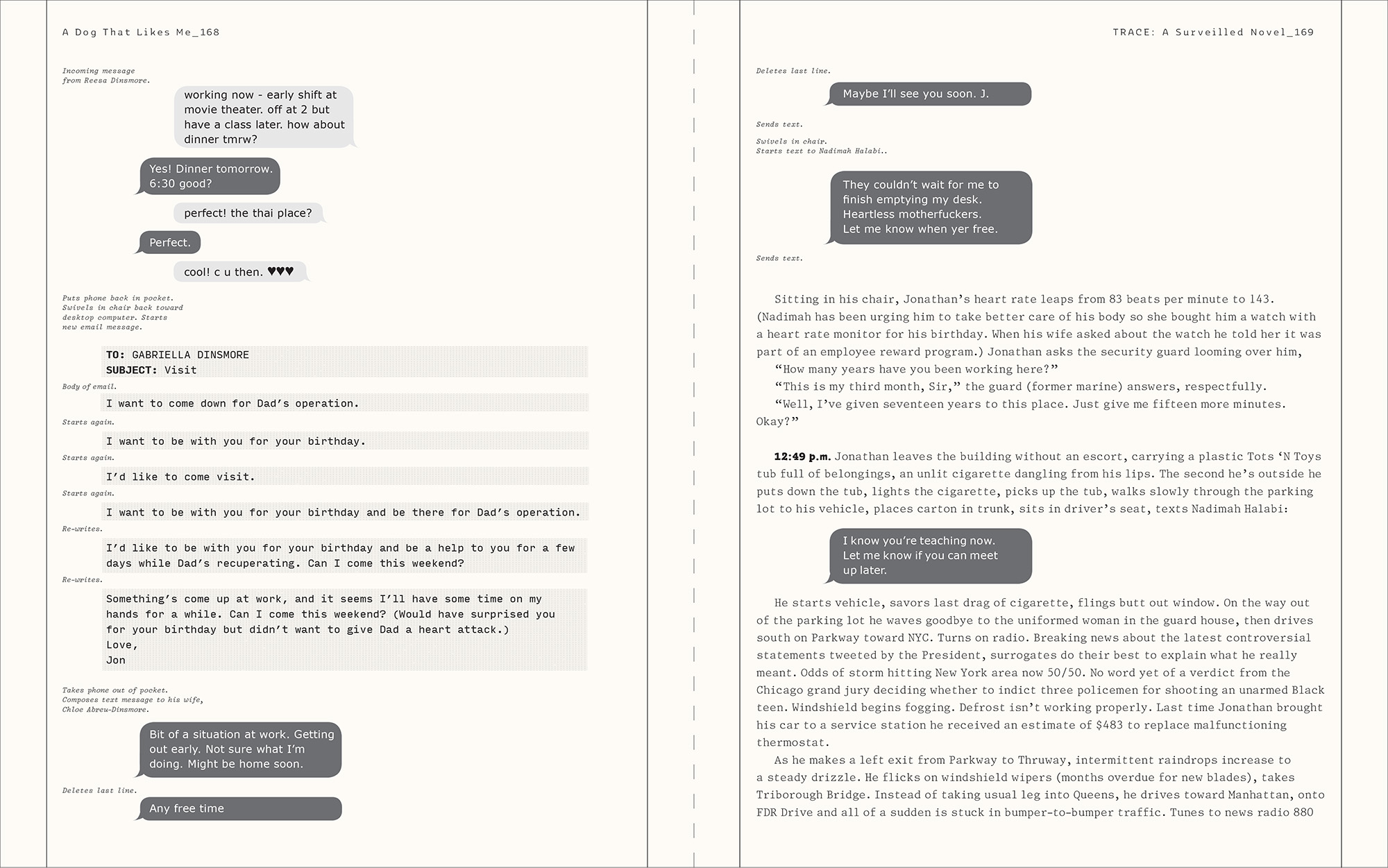 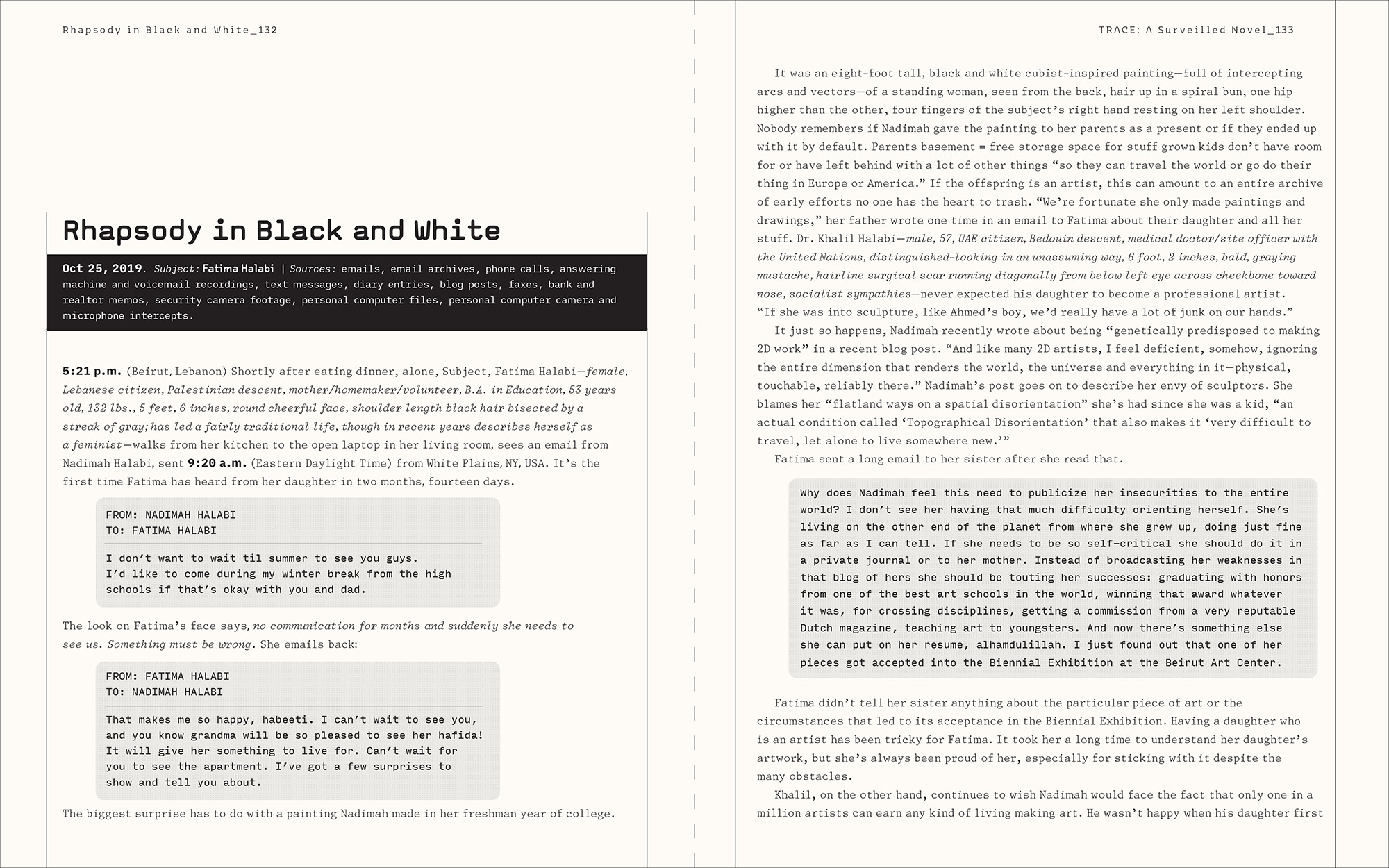