Warren Lehrer is awarded the 2019 Ladislav Sutnar Prize for “his pioneering work in Visual Literature and Design.”

Lehrer received the Lifetime Achievement prize on Tuesday November 12, 2019 in Pilsen, Czech Republic. Named after the Czech-American design pioneer, the annual award “recognizes individual artists from around the world of outstanding performance in the field of fine arts, especially applied arts and design. It also is awarded to institutions which promote modern art and design…” In addition to his contribution to visual literature, design, and as a lecturer, speaker, and performer, Lehrer was awarded the Sutnar prize for his “collaborations with musicians, actors, filmmakers, technicians, and other authors and artists,” and in recent years, for his “transposition of stories and texts into animation, video and interactive media.”

Awarded by the Arts Council of the Ladislav Sutnar Faculty of Design and Art, past awardees include Gere Kavanaugh, Steven Heller, the Cooper Hewitt Design Museum, MoMA, and The Taiwan Design Center. Lehrer was one of five “laureates” in 2019, which included legendaries Milton Glaser and Finnish designer Pekka Loiri. This year’s ceremony coincided with the 30th anniversary of the (1989) Velvet Revolution, commemorated by a student exhibition of posters and objects.

Lehrer received the Sutnar Prize from Dean Josef Mištera, the visionary founder of the remarkable Art & Design Institute which is now part of the University of West Bohemia. The medal (literally made of medal sheets cut with laser) is based on Sutnar’s self-identity, transformed into a 3-D object by Peter Vogel. 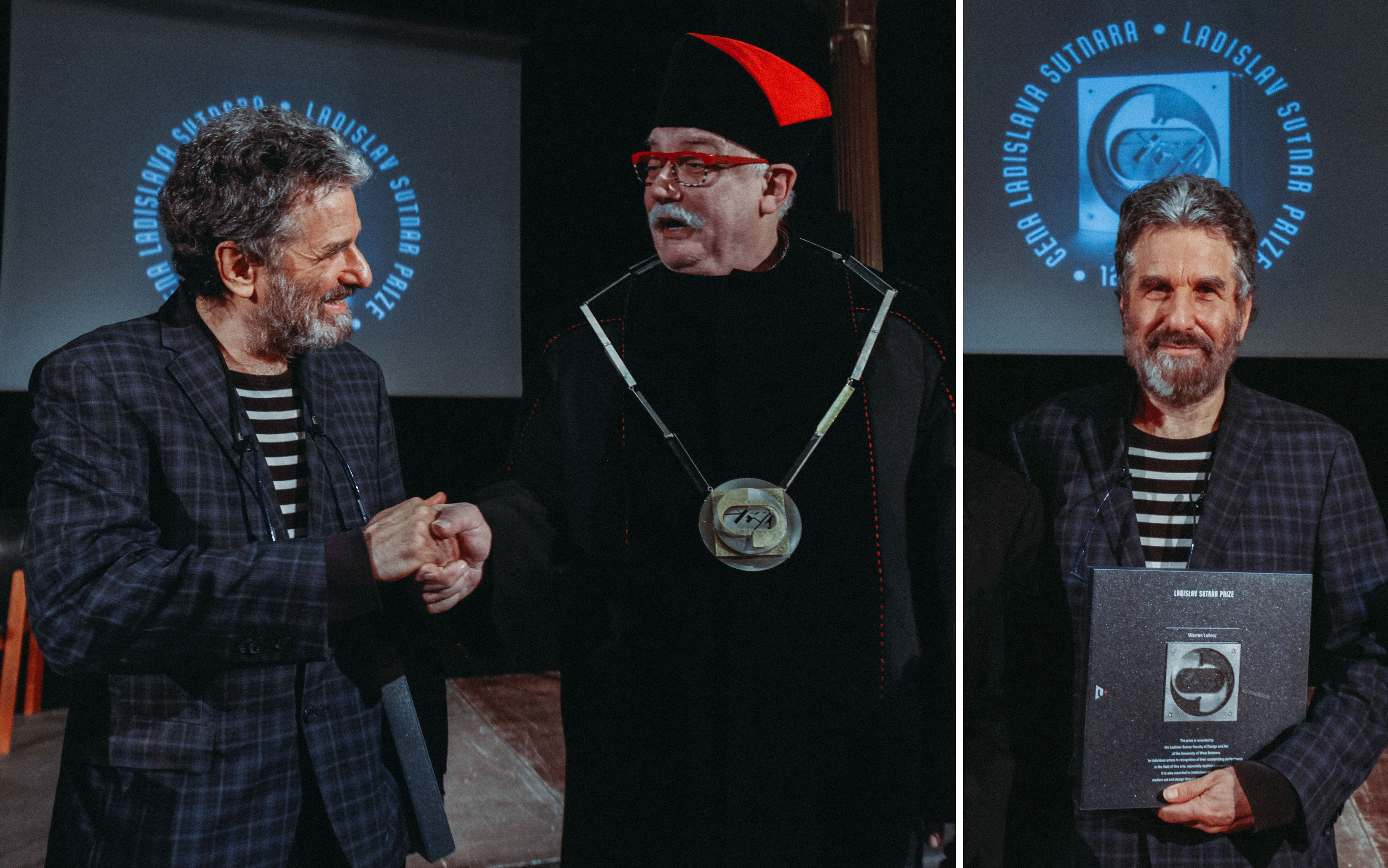